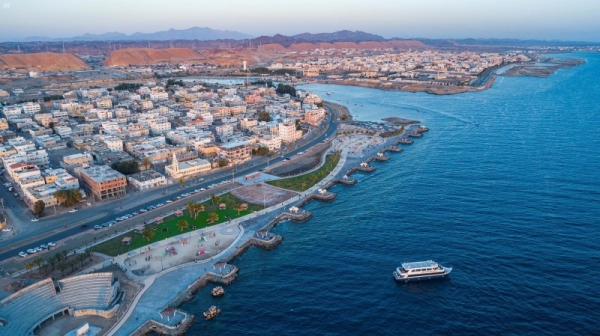 An enchanting aerial view of the Duba port city, located on the Red Sea coast in the Kingdom’s northwestern Tabuk region, which people call “Pearl of the Red Sea” — a charming combination of pristine seawaters and history. It is the nearest Saudi Arabian port to the Suez Canal and ferries and ships are being operated between Duba and Egyptian and Jordanian ports.

The Duba port city, which is serving as a hub for NEOM Project, hosts several tourist destinations, such as the Springs of Maqna, the valleys of Dahkan, Salma and Kafafah, and the Duba Castle, which was built by King Abdul Aziz after the conquest of the city in 1931.